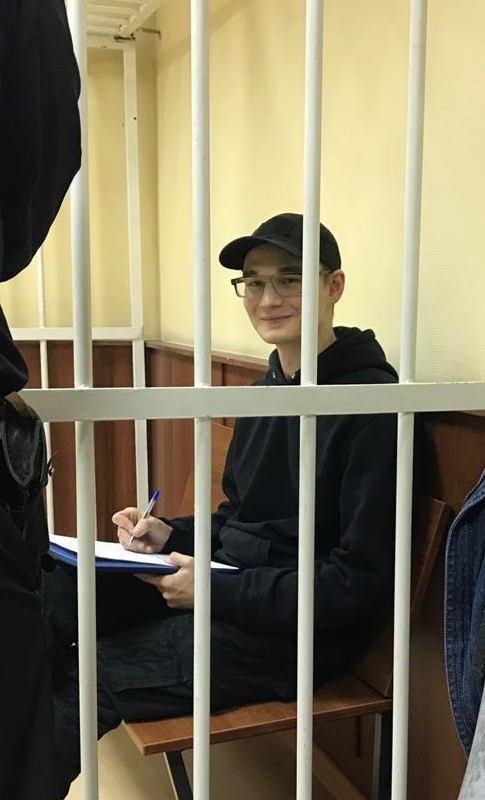 All information is current as of June 2021.

Azat Miftakhov, mathematician and graduate student of Moscow State University, has been under arrest for over a year and half without clear reason. It is declared that Miftakhov has been framed by the Russian government as a result of his anarchist views.

Miftakhov was unlawfully detained on February 1, 2019 on charges of manufacturing explosives. Without being officially arrested, he was held and tortured at the police station by law enforcement officers who beat and threatened to sexually assault him with a screwdriver.

Miftakhov ultimately did not admit to any wrongdoing. It wasn’t until the next day, February 2, 2019, that he was officially detained and sent to a temporary detention facility. The court found no evidence to keep Miftakhov in custody; he was released on February 7, 2019 without any charges.

Right as Miftakhov was leaving the detention facility, he was taken by men in plain clothes and transported to another facility, where he was told that he was being detained for another crime.

This crime — breaking a window in the office of United Russia, the current ruling political party — took place a year ago, on January 13, 2018. There was no proof that Miftkahov was the one who committed this crime — the ''secret witness'' who reported this incident was unable to describe Miftkahov’s facial features or attire — only his “expressive eyebrows". This person also took a year to come forward, stating that they had not done so right away because their phone was out of battery.

The only other evidence against Miftakhov was a ticket to Belarus that he purportedly bought on February 11, 2019. On this day, Miftakhov was kept in a temporary detention facility without Internet access. The purchased ticket was deemed to be a sufficient reason for Miftakhov’s subsequent detention. The court continued to extend Miftakhov’s sentence throughout 2019, despite the fact that the only evidence has been the words of a “secret witness” and a ticket to Belarus in his name.

As of now, Miftakhov will be in physical custody until March, 2021. Sadly, we expect that this sentence may continue to be extended into the future.
On January 18, 2021, Azat was sentenced to six years in prison.